RIGHT SPEAK: Turkey moves towards the Use of Force in Syria and Iraq

RIGHT SPEAK: Turkey moves towards the Use of Force in Syria and Iraq
Posted by Rotti at 9:33 PM 1 comment:

EVEN OSAMA BIN LADEN CAN CROSS THE BORDER

Just how secure is the border?

Friends, this interview is well worth listening to.  Our Congressman not only describes the dire situation in Central America but also his own situation against an establishment run candidate, Dave Trott, who is heavily supported by the not so popular US Chamber of Commerce.

and leave your comments below in the comment section.

Our Congressman is being primaried by an establishment chosen foreclosure lawyer that is literally trying to buy this election.  If anyone wants to keep the status quo they should vote for Dave Trott, but the real gem here is:
KERRY BENTIVOLIO FOR MICHGAN'S 11th District

Rated “A” by standagainstspying.org
His staff has won TWO constituent service awards
He has an outstanding mobile office to make it easier for his constituents to get help with issues and voice their concerns.

The following is some of his opponents bio:

-Foreclosure Attorney - has kicked several hundred thousand people out of their homes
-GOP Mega donor to moderate candidates
-Works on behalf of the bailed out Wall St. banks
-He has a war on veterans
-Endorsed by the largest Pro-Amnesty group in the country

Our opponent has made so much money from the bailed out Wall St. banks and his foreclosure work that he has the ability to pour in millions of dollars into his campaign to hide his past. In fact, he's already poured in 2.4 millions dollars in an attempt to buy this congressional seat.

He also was the first candidate to go negative and has been running a mud slinging campaign. The foreclosure attorney can't run on his own record so he is trying to distort Kerry's record.

If Kerry's opponent is elected, he will be another vote for amnesty in Congress.

We need your help to stop him today.

Please consider contributing $25, $50, $100, or $250 today so Kerry can keep up the fighting against Obamacare, amnesty, and the liberal agenda.

The election is just a few short weeks away.

TWO AMERICAS --- IT IS DIVIDED BY THE DIFFERENCES IN EFFORTS

In early January 2014, Bob Lonsberry, a Rochester talk radio personality on WHAM 1180 am said this in response to Obama's "income inequality speech" .

It's not about income inequality, it's about civic irresponsibility.
It's about a political party that preaches hatred, greed and victimization in order to win elective office.
It's about a political party that loves power more than it loves its country. It's not invective, it's truth, and it's about time someone said it.
The politics of envy was on proud display a couple weeks ago when president Obama pledged the rest of his term to fighting "income inequality." He noted that some people make more than other people, that some people have higher incomes than others, and he says that's not just.

That is the rationale of thievery. The other guy has it, you want it, Obama will take it for you. Vote Democrat.
That is the philosophy that produced Detroit. It is the electoral philosophy that is destroying America.
It conceals a fundamental deviation from American values and common sense because it ends up not benefiting the people who support it, but a betrayal.

The Democrats have not empowered their followers, they have enslaved them in a culture of dependence and entitlement, of victimhood and anger instead of ability and hope.
The president's premise - that you reduce income inequality by debasing the successful - seeks to deny the successful the consequences of their choices and spare the unsuccessful the consequences of their choices.
By and large, income variation in society is a result of different choices leading to different consequences. Those who choose wisely and responsibly have far greater likelihood of success, while those who choose foolishly and irresponsibly have a far greater likelihood of failure. Success and failure frequently manifest themselves in personal and family income.
You choose to drop out of high school and you are apt to have a different outcome than someone who gets a diploma and pushes on with purposeful education.
You have your children out of wedlock and life is apt to take one course, you have them within a marriage and life is apt to take another course.

My doctor makes far more than I do. There is significant income inequality between us. Our lives have had an inequality of outcome, but, our lives also have had an inequality of effort. While my doctor went to college and then devoted his young adulthood to medical school and residency, I got a job in a restaurant.
He made a choice, I made a choice, and our choices led us to different outcomes. His outcome pays a lot better than mine.
Does that mean he cheated and Barack Obama needs to take away his wealth? No, it means we are both free men in a free society where free choices lead to different outcomes.
It is not inequality Barack Obama intends to take away, it is freedom.
The freedom to succeed, and the freedom to fail. There is no true option for success if there is no true option for failure.
The pursuit of happiness means a whole lot less when you face the punitive hand of government if your pursuit brings you more happiness than the other guy. Even if the other guy sat on his arse and did nothing. Even if the other guy made a lifetime's worth of asinine and shortsighted decisions.
Barack Obama and the Democrats preach equality of outcome as a right, while completely ignoring equality of effort.
The simple Law of the Harvest - as ye sow, so shall ye reap - is sometimes applied as, "The harder you work, the more you get." Obama would turn that upside down. Those who achieve are to be punished as enemies of society and those who fail are to be rewarded as wards of society.
Entitlement will replace effort as the key to upward mobility in American society if Barack Obama gets his way. He seeks a lowest common denominator society in which the government besieges the successful and productive to foster equality through mediocrity.
He and his party speak of two Americas and their grip on power is based on using the votes of one to sap the productivity of the other.

America is not divided by the differences in outcomes, it is divided by the differences in efforts. It is a false philosophy to say one man's success comes about unavoidably as the result of another man's victimization.
What Obama offered was not a solution, but a separatism. He has fomented division and strife, pitted one set of Americans against another for his own political benefit. That's what socialists offer.
Marxist class warfare wrapped up with a bow.
Two Americas, coming closer each day to proving the truth to Lincoln's maxim that a house divided against itself cannot stand
Posted by Rotti at 6:35 PM No comments:

EVERYTHING YOU NEED TO KNOW ABOUT COMMON CORE STANDARDS

I've been asked several times what I think about Common Core Standards.  At first I did not pay attention to this issue, but as it is more and more coming to the forefront , I decided to look into it. After all, I have to look out for my grandchildren.

It turns out that I am not in support of it.  Below is some information I have found to  share so that the readers can decide for themselves.

Click on the link below to see an explanation to each of the 10 reasons why Common Core should not be supported by your State.


Rick Scott, the Governor of Florida,  said he would try to address what he called “too much federal involvement” — an overture to tea party groups who consider the new benchmarks and tests an example of federal overreach. Read more about Governor Scott here: http://www.miamiherald.com/2013/09/18/3635556/gov-rick-scott-considering-executive.html


The following information I received via email from

David Coleman and Susan Pimentel (ELA) Dr. Jason Zimba, Phil Daro and Bill McCallum (Math).  This FACT can be substantiated.  It is clear that Dr. Zimba doesn't think very highly of the very standards he wrote.  Dr. Stotsky was also a member of the Common Core Validation Committee and she was responsible for the outstanding academic achievement of her home state of MA.  She  refused to sign off on the Common Core standard final document.

Dr. Jim Milgram of Stanford University was also on the CC Validation Committee (the only math standard content expert on the CC Validation Committee) and he too refused to sign off on the final standards.  His research indicates children with only an Algebra II education graduate from college at a rate of only 39.3% .  While students that enter college with Calculus graduate college at a rate of 83.3%.  The panel of real expertise in the field of standard development boiled down to Dr. Stotsky and Dr. Milgram and they both refused to sign off on the final standards.  Dr. Milgram also states that CC is not for the top 30% of students.  The top 30% will regress to the median and we will be left with mediocracy at best.

My summation of what I see is:
The children of the common people will be TRAINED to fill the low paying jobs (this is why the dumbing down) while children of the elite class will get the best EDUCATION.
This explains why Sidwell Friends (the school where President Obama sends his daughters) does not support Common Core and have no intentions of bringing CC into their school.  I placed a call to the admissions department at Sidwell Friends in DC and they told me they do not use Common Core.  I was told they have their own standards and curriculum.  I then asked if there were plans to implement Common Core in the future and they said NO.  I think you will find that just like Obamacare many of our elected officials and the elite class are not subjecting their children to Common Core.

The real goal of Common Core is to finally develop a full blown school to work program where ourchildren are trained not educated.

The following article by the Advocate is loaded with information and videos about Common Core.  I urge you to read and listen.

All proceeds earned by clicking on my ads will be donated to Wounded Warriors.

Best of the Best 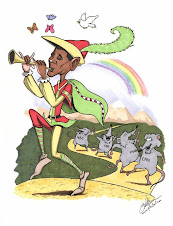